In 2020, the SEC brought an enforcement action against Ripple Labs and two of its executives for selling unregistered securities allegedly worth $1.3 billion. The defendants have filed a motion to dismiss the complaint, arguing that XRP is not a security.

Although the case is still in court, many traders and investors have been on their feet to know what the outcome would be. That’s because the Ripple court case outcome will concern not only Ripple investors but the cryptocurrency space as a whole.

If you have not been following in on the subject, here is the Ripple court case explained to help you understand what really went down between the two parties – SEC and Ripple Labs. You should know this before you go ahead to buy Ripple.

If you’re not familiar with cryptocurrencies, here’s the quick and dirty: XRP is the third-largest cryptocurrency by market cap. It is also the most popular digital token among institutional investors like Fidelity Investments, who use it to move money between countries. To date, XRP has a total value of over $20 billion USD — making it one of the biggest players in this space.

XRP was created by Ripple Labs, which designs software solutions for banks and payment providers around the world. Unlike other cryptocurrencies that were designed specifically for retail consumers (Bitcoin), XRP was built from scratch to serve as an intermediary currency for financial institutions such as banks and payment providers such as Western Union or MoneyGram International Inc.

If you don’t know what Ripple is, it’s a cryptocurrency started by the Ripple Company. Ripple is facing a lawsuit alleging that it misled investors when it sold XRP tokens. A lawyer representing a group of investors in the case said, “The company told people there was only a limited amount of XRPs for sale, and if you missed that opportunity, you’d have to wait for them to be mined.”

He went on to explain that Ripple’s statements were misleading because anyone could purchase XRP on cryptocurrency exchanges after the initial sale ended.

What Is SEC Saying about the Ripple (XRP) Court Case

The SEC has not yet made any final decisions about whether XRP is a security. It did decide to investigate these claims and is continuing that investigation now.

The SEC wants to know if the company violated securities laws when selling its XRP tokens, which are required for using their network and perform a different function than what most other cryptocurrencies do. It also wants to know if they violated anti-fraud laws, anti-money laundering laws, or some combination of those things–and again, this is not yet official either way!

The California attorney general alleges that Ripple Labs violated US securities law by selling XRP tokens without proper registration. The suit also claims that Ripple sold XRP to investors through unregistered sales agents and failed to register with the State Board of Equalization (BOE). It’s asking for damages and injunctive relief, as well as a jury trial.

What Did Ripple Has to Say?

Ripple is not a security. This has been an argument that Ripple has used in the past to defend its currency from being classified as a security. It argued that it does not have any control over XRP, and therefore, it cannot be considered a centralized company. However, this argument did not hold up well during the case.

Ripple also claims that it isn’t actually “a company” at all—it’s just an open-source software project with no employees or corporate structure beyond its founder Chris Larsen and his co-founder Jed McCaleb who left the project in 2013 but could still be involved somehow (we’ll get there).

The big problem for Ripple here is that even though they might not have much control over what happens with XRP or how people use their product like xCurrent or xRapid (which uses XRP), they still make money off of those products because they’re creating value through their users’ participation in these protocols by buying and selling XRP tokens on exchanges like Binance or Kraken.

What will the Outcome Mean to Investors and Traders

It is important to note that this court case is still ongoing. It’s too early to tell what the outcome will be, but it could have a dramatic effect on the price of XRP tokens and their overall value.

If Ripple wins, or if there are no further developments in its favor after the settlement agreement was announced, then investors should expect Ripple’s price to rise. If not, then we can assume that there’s a good chance ripple will slide down in value!

It is important to note that XRP is not the only cryptocurrency with a legal issue. The Libra project has been under fire by governments and regulators all around the world due to its impact on financial stability, among other things. In addition, many projects such as Tron have faced lawsuits because they were accused of attempting to copy existing technology and make it their own.

In conclusion, if you want your investment in crypto assets like Ripple (XRP) or any other coin for that matter to be safe, then it’s always best practice to understand more about what’s going on before investing your hard-earned money into anything new.

We are living in exciting times with so many different cryptocurrencies available today, but it’s important that we stick together as a community and help each other out during times of difficulty by providing information such as this article you’re reading right now!

By educating ourselves about current events within this industry, we can better prepare ourselves for success because knowledge really does equal power when it comes down to these types of investments!

A Quick Guide on How to Sell Bitcoin Without Fees

What are slots with jackpots? 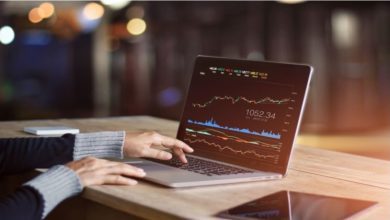 All the essentials of Forex trading for absolute beginners 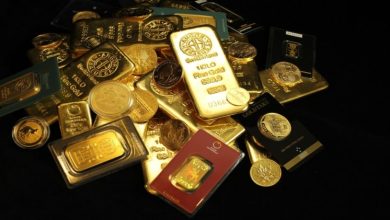 What Do I Really Need To Start A Gold IRA? 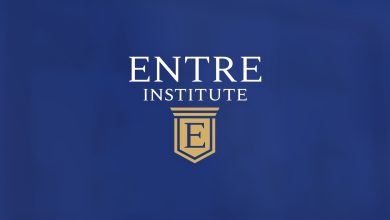 ENTRE Institute and How to Write a Simple Business Plan 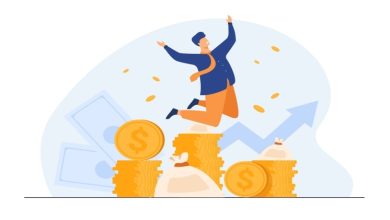 5 tips for tracking your finances & enhancing your savings!