No doubt many of you have already noticed the incredible surge of popularity for jojoba oil in recent years, it’s been creeping into the beauty community especially with a vengeance, being touted as being one of the best substances to use on more sensitive skin types. This is due to the genetic makeup of the extract itself; the chemical composition of jojoba oil is reflective of the sebum found in the human epidermis.

There is quite an interesting tale that goes along with jojoba oil as well that we will get into soon enough. With all the information freely available online, it can be hard to disseminate between fact and fiction, so for this article, we will be exploring the unique eccentricities and chemical compounds that comprise jojoba oil and delve a little deeper into why it is so popular amongst skincare enthusiasts.

Before we even get into the fun history and unique story of jojoba oil, it’s helpful to understand a bit about where it is physically sourced from, and the strangeness that resides in its actual name. Jojoba oil is derived from a botanical known as Simmondsia Chinensis, the name itself is obtained from the word ‘Hohowi’, which was the name given to the seeds from which it is extracted from by the native American tribe the O’odham.

While it may be known as jojoba oil in conversation circles, the actual substance itself is more reminiscent of a liquid wax ester. It seems even ancient cultures used to utilise the substance for its modern purposes (in different extents of course), especially the O’odham tribe by grounding up the seeds into a wax paste and discovering its incredible versatility and impact on the skin when rubbed on. They also used it for wound treatment, sores, even burns to varying degrees – which has since been taken over by modern medicinal practices.

Over time the use of jojoba oil became much easier as these tribes began to heat the seeds before crushing them in the 18th century. This allowed the seeds to be easily maneuvered into a buttery paste-like substance that was then used for cosmetic purposes – as well as being used in hair treatments at the time.

While jojoba oil had its place in certain communities as the essential ingredient and all-round wunderkind product, there were other beliefs in earlier societies that had priority. Before the resurgence of natural plant-based ingredients in cosmetic and skincare products, the use of different animal waxes was the norm. For instance, before the hunting ban in the 70s surrounding the illegal killing and extraction of whale products – it was whale waxes and ointments that were dominating the skincare industry at the time in most places around the world.

Once the ban was instituted, the rise of jojoba oil began. In many ways to its credit, it began taking over as the preferred choice for many beauticians and cosmeticians, thanks in no small part to the various beneficial acids that we’ll be going into further down. The efficiency on sensitive and all other skin types worked to its advantage in its slow but eventual takeover of the market.

Now that we have a nice little understanding of where jojoba oil came from in our history, it’s now time to explore some of the more fun aspects from the scientific side to better understand what makes it so popular.

The various acids that are present in jojoba oil have an incredible contribution to make for the overall health and wellbeing of the skin, not only is it a hypoallergenic substance on its own merit, but it also has the inherent bonuses of containing some very healthy components in its makeup that allows it to be even more fruitful for the everyday user.

The most infamous of the acid contents of jojoba oil is undoubtedly oleic acid, which has many studies linking its ability to maintain an air of softness, natural nourishment, and overall smoothness of the skin. It is classified as a monounsaturated omega-9 fatty acid so there are questions as to the potential clogging of pores with pure use of the acid itself on the skin. Like anything worthwhile, moderation is key.

This particular acid has been known to contain some incredibly cleansing properties associated with it, being a naturally occurring cleanser is one thing, but it has also been used in a number of haircare products all on its own as its nourishing components are supplementary to the hair follicles.

Being well renowned as an immune booster when taken orally, the content in jojoba oil is not sufficient enough to make such claims, nor is it advisable to consume jojoba oil orally unless instructed to by a healthcare professional. That being said, the skincare benefits of vitamin E are hard to ignore in a skin-based context. The mere fact that it has been used for over 50 years in dermatological circles should be sufficient evidence enough of its dermatological impacts on the skin. 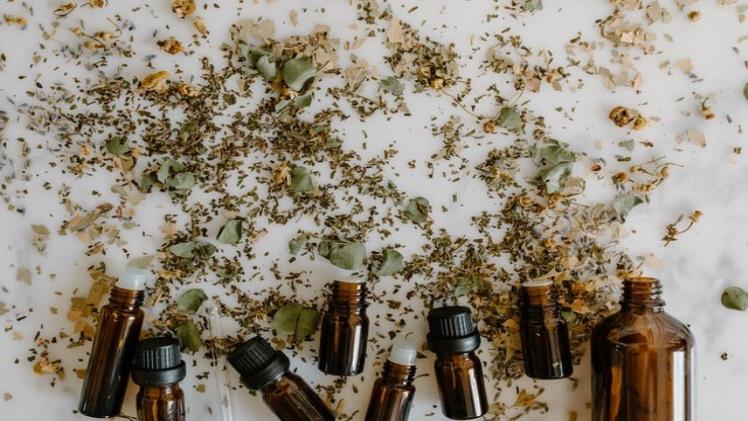 Jojoba oil has come into prominence as time has gone on and people begin steering ever further away from chemical-based skincare regimes and favouring a more naturalistic and wholesome approach to their beauty and self-care regimens. As such, the use of jojoba oil in skincare and haircare products has risen dramatically as time has gone on.

While the science is still out on a majority of the claims you will see online, the use of the extract in all manner of beauty products cannot be denied. People are beginning to buy jojoba oil in its purest form from essential retailers around the world and adding a skin-nourishing boost to their own products to great success. Some people have been known to even mix jojoba oil with rosehip for an even deeper cleansing feeling which is a wonderful idea of experimentation for those who wish to give it a go.

Haircare cannot be left out of the conversation about jojoba oil either, there is something to be said about the number of chemicals that are found in hair care products on the best of days – with an oversaturation of chemicals comes an inherent risk for the overall strength and health of our beautiful hair follicles. Using the natural ingredients as much as we can is a wise move.

It has been quite a journey to get to this point, from being crushed into a paste in ancient times, to its modern appropriation into a number of skincare products and hair care regimens – jojoba oil has certainly taken the world by storm and with no signs of slowing down.

It would be very wise to find a retailer that sells jojoba oil and try it for yourself! Always ensure that you conduct the proper skin tests first to see if you could have an adverse reaction. After that, feel free to jump into the endless tirade of recipes that exist online and begin your own skincare journey with the soothing and relishing sensation of healthy, natural, jojoba oil.

Things to Check After Getting an Income Tax Intimation Notice