The advent of advanced technological tools has modernized the way preconstruction processes are carried out. Elements of the preconstruction phase can now be streamlined for better project execution and outcomes. ALICE is a preconstruction solution that can, for example, allow you to explore numerous ways to build your project.

Preconstruction is one of the most significant phases of construction projects. It’s the process of preparing for a construction project, including activities such as analyzing the project’s concept and making decisions about design, materials, budgeting, scheduling, and other aspects of the work.

It also involves gathering all necessary permits and approvals from local authorities. During preconstruction, the contractor assesses site conditions and develops strategies for dealing with any potential issues.

Preconstruction planning helps to ensure the project is completed on budget and on time, while meeting all quality standards. It also allows the contractor to identify areas of risk and develop strategies for mitigating those risks. By taking time during preconstruction to properly plan, contractors can help avoid costly delays and unexpected problems during construction.

Preconstruction technology and its impact

With the advent of advanced technological tools, the preconstruction phase has experienced more seamlessness, as these tools have made it easier to achieve project goals.

Traditionally, construction workers had to compile a plethora of paperwork to keep them on track, but preconstruction technology has changed this need, resulting in more successful project completion without delays.

The best preconstruction technology tools are ones that minimize errors and reduce risks. Such tools improve the precision of estimates, communicate scheduling and pricing in an easily comprehensible manner, and present the impact of plan and specification changes to all stakeholders.

Preconstruction technology has already validated its effectiveness in the construction industry.

Here are some ways that preconstruction tech is changing the industry.

Advanced digital tools have streamlined preconstruction processes in a way that also reduces the likelihood of error that could be costly both in terms of capital and time. After all, preconstruction phase errors need extensive backtracking once construction has already started.

Digitizing processes such as bidding and estimating can save construction companies a lot of hassle. Digital tools help in maintaining an error and risk-free work environment, allowing all stakeholders to work in sync.

2.   Projects are being completed faster

Efficient digital tools are facilitating faster completion of processes that were conventionally tedious and involved a lot of paperwork. Processes like subcontractor buyouts can be performed much quicker using technological tools.

Project details can now be mapped out easily, and the planning process can be completed more rapidly compared to traditional methods. The quicker accomplishment of preconstruction goals creates the path for swift project execution.

Technology has also facilitated convenient collaboration between all entities involved in the preconstruction phase. Preconstruction stakeholders can now have more insight into different planning and design issues, leading to better business outcomes.

The ability to share data in a simplified way can bring about massive advantages, making it important for these swift communications platforms and shareability mechanisms to be part of construction projects.

Centralized digital platforms have the ability to tie all data together for a bigger picture, making it easier to extract meaningful insights. Many digital platforms have now evolved to enable data integrations so that all project information can be accessed via a single platform and utilized in a coherent manner.

Central platforms also have the ability to provide controlled access to stakeholders (including architects, engineers, subcontractors, owners, and other members of the project team). Individual stakeholders can be granted access to relevant information and be allowed to work in their own domains.

These platforms also allow for greater transparency. If someone is doing overlays, revisions, and modeling that affect scheduling and estimates, it can be tracked more easily.

Integrated systems that make project data available to all relevant stakeholders can result in more thorough and well-thought-out designing, cost modeling, and the ease of introducing and sharing changes during project progression.

These drones can be used to generate 3D survey models much faster than any human survey. These tiny aircrafts are not much to look at, but they are being adopted by the construction industry because of their ability to save considerable time and effort.

The adoption rate of technology in the construction industry has generally been slow compared to other sectors, but still, significant strides are being made every day, resulting in remarkable improvements.

Digital tools are changing the way the construction industry operates. Digital technology has markedly improved the processes involved in the preconstruction phase by streamlining and optimizing its components. 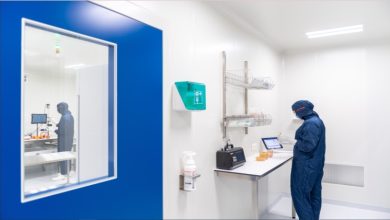