In order to strengthen the bond between a screw and a wall, drywall anchors are hollow, self-expanding screw attachments. Usually, they are composed of plastic or some kind of synthetic substance. The type of anchor required for your project will depend on the nature of the wall, the weight of the object being hung, and the ease of installation and removal.

In order to help you, we will provide you with complete information on the various types of drywall anchors and their applications in this article. Let’s take a look.

There are many different types of drywall anchors available for home use, each with a different weight rating. They are;

When a screw is inserted into a plastic expansion anchor, the anchor expands inside the wall to hold the screw. They frequently come bundled with the corresponding screw inside and resemble a jacket with ribs for your screw. Before you install this fastener, you must drill a small hole.

Due to the size of the spring-loaded part, toggle bolts require a larger hole than the majority of anchors. These anchors are lengthy bolts that are inserted into a threaded toggle. After being put into the wall, the toggle folds in half and uses a spring to pop open, spreading its weight behind the drywall.

Self-drilling anchors have threading that allows them to be screwed into the wall without the need for a hole to be drilled first. They resemble little screws.

Steel hollow-wall drywall anchors, also known as molly bolts, resemble bolts covered in sharp metal jackets. The metal sleeve will expand as you drive it into the wall, providing an anchor inside the drywall.

These Drywall anchors are similar to expansion anchors in metal form. However, they actually flare the anchor barrel, generating a larger hold pattern behind the wall, as opposed to pressing against the entry hole’s sides. Originally a brand name, “Molly Bolt” is now a generic term for any metal drywall anchors in this form. These are light-duty anchors with a holding capacity of roughly 20 lbs.

How To Use Drywall Anchors

A drywall anchor is quite simple to install.

Use a screwdriver for self-drilling anchors. Use a drill bits of the size specified on the packing for other varieties.

Depending on the kind, this could mean screwing it flush (self-drilling), tightening the toggle (pull-toggle), or softly hitting it with a hammer (expansion anchor).

You are now prepared to attach your fastener after the anchor has been secured in the wall. Keep in mind that before setting the anchor, toggle-bolt anchors must be assembled through the object you are hanging.

The most common fastener for attaching whole or partial sheets of drywall to wall studs or ceiling joists is a drywall screw. The lengths, gauges, heads, points, and composition of drywall screws can initially be confusing. Drywall screws come in two varieties: coarse thread and fine thread.

For the majority of drywall and wood stud applications, coarse-thread drywall screws, sometimes referred to as W-type screws are the most effective.

To install or “set” some anchors may need specialized tools. If you’re operating in a northern climate, keep in mind that chemical anchors shouldn’t be installed in cold weather. Also keep in mind that some anchors won’t function for some applications, such as hanging a pot rack from the ceiling or a chair from the joists, which both call for eye bolts or specialized hanging kits.

Sagging Jowls: everything you need to 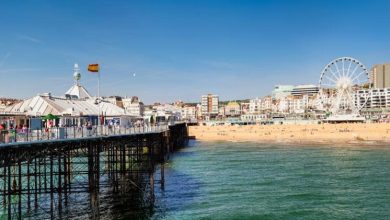 Reasons to Move to Brighton