Despite this technological advancement, injuries still happen during car accidents. Getting medical care is the most important thing, but you also want to talk to a car accident lawyer after an accident to figure out if you have a personal injury claim or not.

The use of airbags in frontal collisions has been shown to reduce the risk of death by 61 percent. This reduction is based on the Crashworthiness Data System, which collects crashworthiness data from vehicles. These data quantifies the different phenomena that make a frontal collision fatal, including intrusion of various components into the occupant’s body.

Airbags have been mandated in passenger vehicles since 1999, and while they can be a comfort, they can also lead to severe injury or death. This is why people who are injured or killed by an airbag need an experienced auto accident attorney. According to the National Highway Traffic Safety Administration, airbags in frontal collisions saved 44,869 lives in 2015 alone. Furthermore, front airbags reduced fatalities among front seat passengers by 32 percent.

They reduce the severity of head injuries

The researchers concluded that airbags significantly reduced the severity of head and facial injuries. A prospective study involving many cars over several years would provide a larger data set and allow for a more comprehensive analysis of airbag crashes. Additionally, future investigations should take into account the severity of the accident in which airbags were deployed. For example, road conditions and vehicle weight are important predictors of severity. Another important variable that is missing from the data set is the vehicle’s velocity. This factor is often not recorded in police accident reports and may be a significant predictor of severity.

Air Bags are inflatable devices used in cars to protect occupants from impacting the vehicle interior or objects outside the vehicle. The invention of airbags is credited to US Naval engineer John W. Hetrick, who patented the idea in 1952. This invention has saved many lives and is now widely used in cars.

Air Bags are designed to protect occupants from hitting the interior or objects outside the vehicle during a crash. It is important to know how to properly use your airbags in your vehicle. The best position for passengers to be protected is in the rear seat. Young children or short adults should never ride in the front seat. It is also not recommended to place rear-facing car seats in the front seat.

Inflating airbags can reduce chest and head injuries. They are a standard feature on most new cars. Front-seat air bags can help prevent front-seat collisions. Rear-seat air bags can protect the chest and abdomen of rear-seat occupants. The inflators are fitted into the seats, and the sensors detect the severity of a crash at the time of impact. The inflators then fill with gas to protect the occupant from being ejected from the vehicle.

They can cause deafness

Air Bags can cause deafness in a variety of situations. A low-speed collision can cause an airbag to inflate, causing hearing loss and persistent tinnitus. One case involved a 38-year-old woman who lost her balance in a 20-mph crash. Although she recovered some of her hearing in her left ear, she suffered from persistent ringing in her right ear.

When the airbag blows out, it can rupture the eardrum and damage the bones of the ear. This causes conductive hearing loss, which can be corrected with surgery or with certain types of hearing aids. Other cases cause tinnitus, which is caused by damage to the cochlea, which is the inner ear.

They reduce the risk of serious accidents by 13 percent

Air Bags have proven to save lives in many accidents, especially in near-side collisions. In one study, drivers with side airbags had a 37 percent reduced chance of dying in an accident. The combination of air bags and a seat belt reduced the risk of fatality by 34 percent. According to the NHTSA, side airbags saved an estimated 2,252 lives in 2012 alone.

Air bags are installed on nearly 6 million cars today. The vast majority of these are installed on the driver’s side. The government claims that these devices reduce the risk of serious accidents by 13 percent, but they should be used in conjunction with seat belts to make sure that they are as effective as possible. 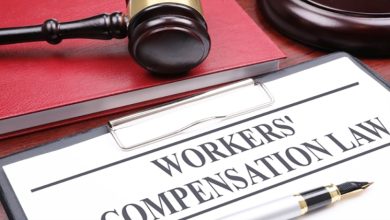 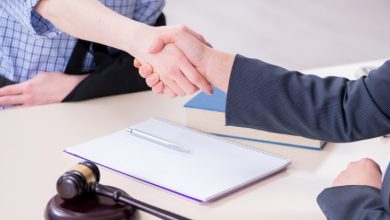 When to Hire a Workers’ Compensation Lawyer